Summon: How did the band get started?

Band:
We started playing 4 years ago, with some of our friends in our band,
for fun at first and playing cover songs mostly from Kreator and
Sepultura. It was really hard at the beginning because some of our
members were studying in other cities, but we overcame these
difficulties. Then, some lineup changes took place, and only 3 of the
founding members remained in the band, Kostas Petrides, Kostas
Apostolakides and Konstantinos Petrides. Since then we began writing our
own music and Konstantinos Petrides took up the place in vocals while
we were still in search of a bass player. A good friend of ours, Giorgos
Mitsialos finally filled in this position worthily.
Summon: What kind of music do you play?
Band:
At the beginning we started as an old-school thrash metal band, but
thereafter we started mixing thrash and death metal with some technical
elements and parallel trying to find our own unique sound.
Summon: How has the fan response been?
Band:
Before we released our demo, there were some people who showed interest
in our band, mostly friends. Since its release and some shows we played
the band is steadily being known not only in Greece but also overseas,
since we try to promote it in other countries too.
Summon: Where did the band name come from?
Band:
The band’s name originates from the Greek word atomo (indivisible),
which has a double meaning, the well-known atoms from physics and the
human being as an individual.
Summon: Introduce the band members and what they do in the band.
Konstantinos Petrides – Vocals/Guitars
Kostas Petrides – Guitars
Giorgos Mitsialos – Bass
Kostas Apostolakides – Drums
Summon: Who writes the music? Lyrics?
Band:
You know, everybody has a way of expressing themselves. We don’t like
to be limited to one person’s thoughts and concepts. So if someone comes
up with the main idea of a song musically or lyrically, the rest of the
band contributes in order to solidify the conception.
Summon: And where do the lyric ideas come from?
Band:
Mainly from one’s inner thoughts, from all aspects of everyday life,
from society’s corruption and how it affects the tranquility of our
daily routines and perspective.
Summon: What is your view in Satanism and Occultism?
Band:
Based on what has been said, we interpret the endless possibilities of
the atom with the respective capabilities we have as individuals. When
you fall, you don’t call upon god to stand on your feet again, you do it
by yourself. That being said, any kind of religion isn’t welcome or
practiced.
Summon: How many albums / CD’s have you released?
Band: We recently released our demo.
Summon: What is the name of the demo and what year did it come out?
Band: Our demo doesn’t have a name; it came out in 2013 by Chainsaw Distro in Kavala.
Summon: Who are some of your musical influences?
Band:
Each one of us has his own musical influences and preferences. Some of
the common bands we like are Death, Atheist, Sepultura, Sadus, Kreator,
Coroner, Cynic…
Summon: Have you guys ever played in another country?
Band: Not yet.
Summon: How big of crowd shows up at shows usually?
Band: A respectful amount for an underground band.
Summon: How is the crowd response when you play?
Band: Some like to watch, others like to mosh, everyone likes to drink.
Summon: What do you think of the US Black Metal/Death Metal scene?
Band: The scene was always at its best especially the death metal scene.
Summon: What do you think of the overseas scenes?
Band: Currently, we’re really into Vektor from the USA, Alitor from Serbia, Teleport from Slovenia.
Summon: When do you guys plan on writing any new material?
Band: We already have one new song finished, and we are working on two other songs. It’s a slow process overall.
Summon: What does the future hold for the band?
Band: Many live shows in Greece or abroad hopefully, a full length CD, building our fan base.
Contact them at:
https://www.facebook.com/kostas.atom
http://www.metal-archives.com/bands/Atom/3540361805
http://www.youtube.co/user/AtomDeathThrash
Η συνέντευξη έγινε από το Metalourgio 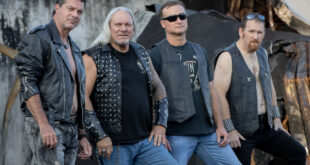 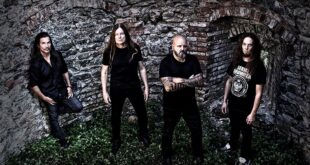 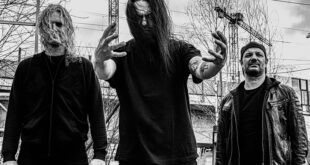 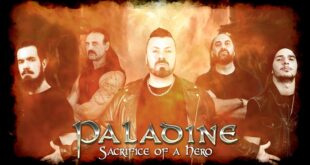